The protective role of long-term meditation on the decline of the executive component of attention in aging: a preliminary cross-sectional study Life expectancy is constantly increasing. However, a longer life not always corresponds to a healthier life. Indeed, even normal aging is associated with a decline in different cognitive functions. It has been proposed that a central mechanism that could contribute to this widespread cognitive decline is an ineffective inhibitory attentional control. Meditation, to the other hand, has been associated, in young adults, to enhancement of several attentional processes. Nevertheless, attention is not a unitary construct. An influent model proposed the distinction of three subsystems: the alerting (the ability to reach and maintain a vigilance state), the orienting (the capacity of focusing attention on a subset of stimuli), and the conflict resolution or executive component (the ability to resolve conflict or allocate limited resources between competing stimuli). Here, we investigated, employing the Attentional Network Task (ANT), the specific impact of age on these three subcomponents, and the protective role of long-term meditation testing a group of older adults naïve to meditation, a group of age-matched adults with long-term practice of meditation, and a group of young adults with no previous meditation experience. We reported a specific decline of the efficiency of the executive component in elderly that was not observed in age-matched meditators. Our results are encouraging for the investigation of the potential beneficial impact of meditation on other cognitive processes that decline in aging such as memory. Moreover, they could inform geriatric healthcare prevention and intervention strategies, proposing a new approach for cognitive remediation in elderly populations. 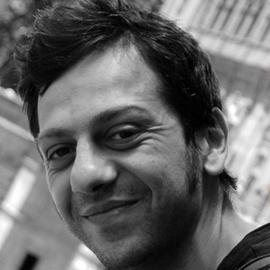